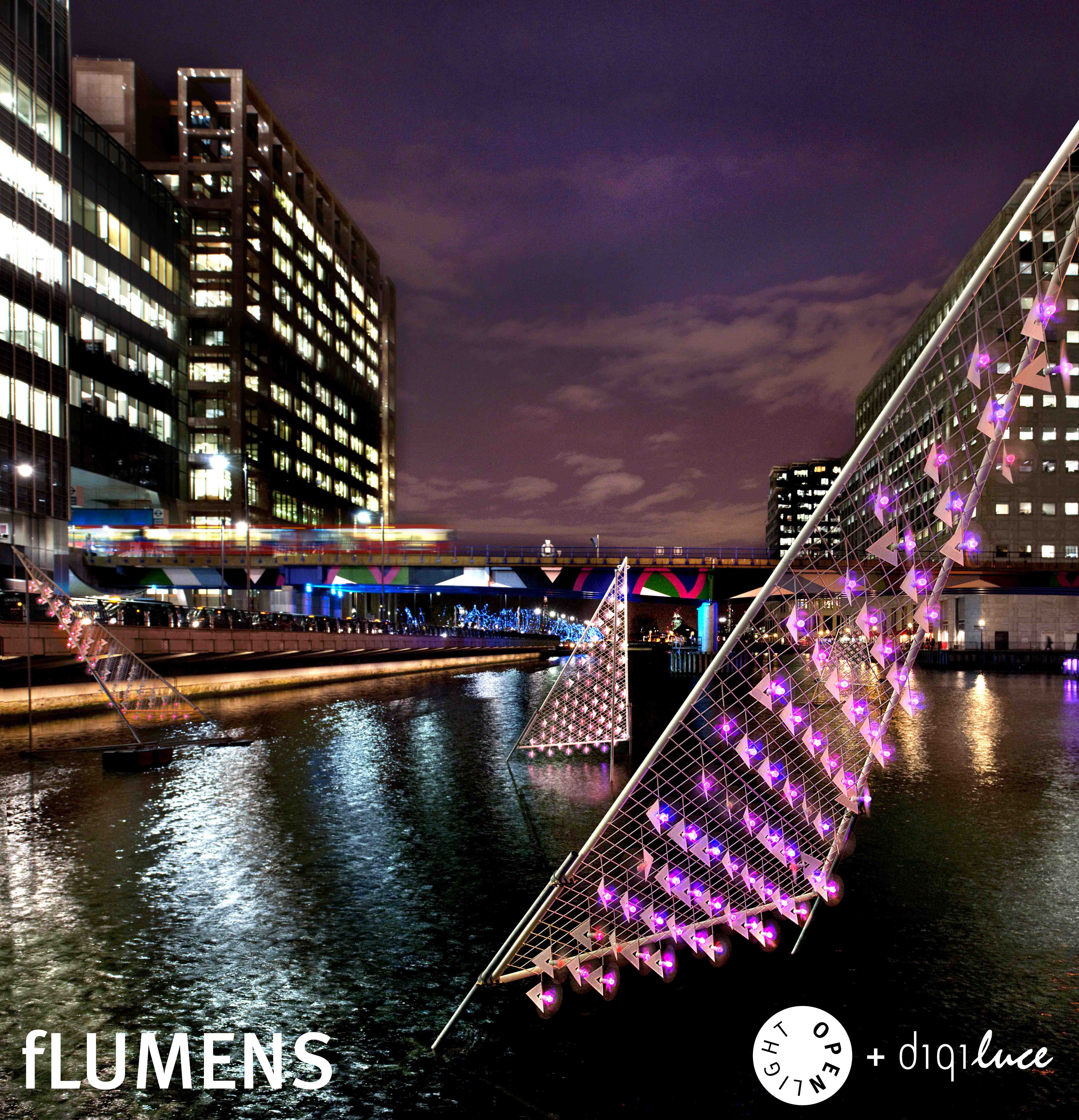 The curating team of the annual Winter Lights installation at Canary Wharf, London, has commissioned fLUMENS by digiluce and OPENLIGHT.

Winter Lights is a highlight in the award-winning public arts programme at Canary Wharf. It has recently featured work by Aether and Hemera (2012) and Daan Roosegaarde (2011).

(featured photograph was made by Philip Vile)

Set against the dramatic backdrop of the district’s iconic skyscrapers, a fleet of ships’ sails will be seen floating in Middle Dock, to which hundreds of light elements or ‘fLUMENs’ have been attached, to transform the night sky with changing patterns, striking shapes and multiple colours. Each ‘fLUMEN’ is powered entirely by the wind, activated by speeds of 10kph and upwards, cleverly generating different colours at varying wind speeds.

Thermoforming of the propellers: Polymess.

This piece by Frieling and van Laake is underpinned by ideas that seek to “visualise the wind”. Looking back to the important historical status of the site on which Canary Wharf is built, it pays homage to the former docks that were the capital of international trade from the early 19th century, when goods arrived on sailing vessels, using only the wind for power.

Frieling comments: “By placing ‘fLUMENS’ at Canary Wharf, we aim to revive this intrinsic connection that trading once had with nature, by revealing the eternal power of the wind, a force we may well need again.”